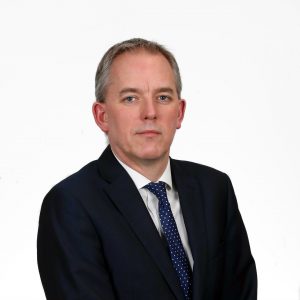 By Gareth Latimer, Director, Restructuring at Grant Thornton in Belfast

“I did not ask the Prime Minister about this decision” and “I believe that in all circumstances I behaved reasonably and legally”. I am sure everyone has an opinion on the recent actions of the Prime Minister’s Special Advisor and whether you agree with him or not, the matter raises the important question of when should you seek advice?

The word ‘unprecedented’ has been frequently used in the last three months, however, I do think that everyone would agree that we are currently living in unprecedented times and the global pandemic has produced economic conditions unknown for a generation.

In these circumstances, the government has developed a suite of short-term strategies to ease the economic impact. One of these is the Corporate Insolvency and Governance Bill, which was laid before Parliament on 20th May.

This bill will bring in fundamental changes to the insolvency regime in the UK, including Northern Ireland. It includes one important element which is relevant in the context of Mr Cummings’ trip to Durham and the logic of his decision making.

The bill will temporarily suspend the threat of personal liability arising from wrongful trading for directors who continue to trade a company through the crisis with the uncertainty that the company may not be able to avoid insolvency in the future.

Therefore, if the directors believe that due to the current crisis the company is insolvent and they continue to trade, in the knowledge that the company may become insolvent, they will not be personally liable for worsening the position of creditors.

Administrators and liquidators will not be able to take any action against directors for any losses suffered by creditors if they continue to trade while the wrongful trading provisions are suspended. The rationale for the change is to avoid directors making a short-term decision to close the company in order to avoid the threat of personal liability.

However, all other checks and balances included in the insolvency legislation, including the Directors Disqualification provisions, remain in place, and, therefore, directors should continue to make decisions based on sound financial information and seek professional advice before making any fundamental decisions which affect their shareholders, lenders, employees, and creditors.

The lesson from the current climate for all directors is to document their decisions and seek professional advice from an Insolvency Practitioner and / or their solicitors. Many directors will never have experienced the current circumstances and are having to make fundamental decisions under pressure and in a short period of time.

The best piece of advice is to seek guidance before making the decision. If you can demonstrate that you sought professional advice before taking a certain course of action, it may avoid criticism or worse in the future.

For further information or advice, Gareth Latimer can be contacted at gareth.latimer@ie.gt.com