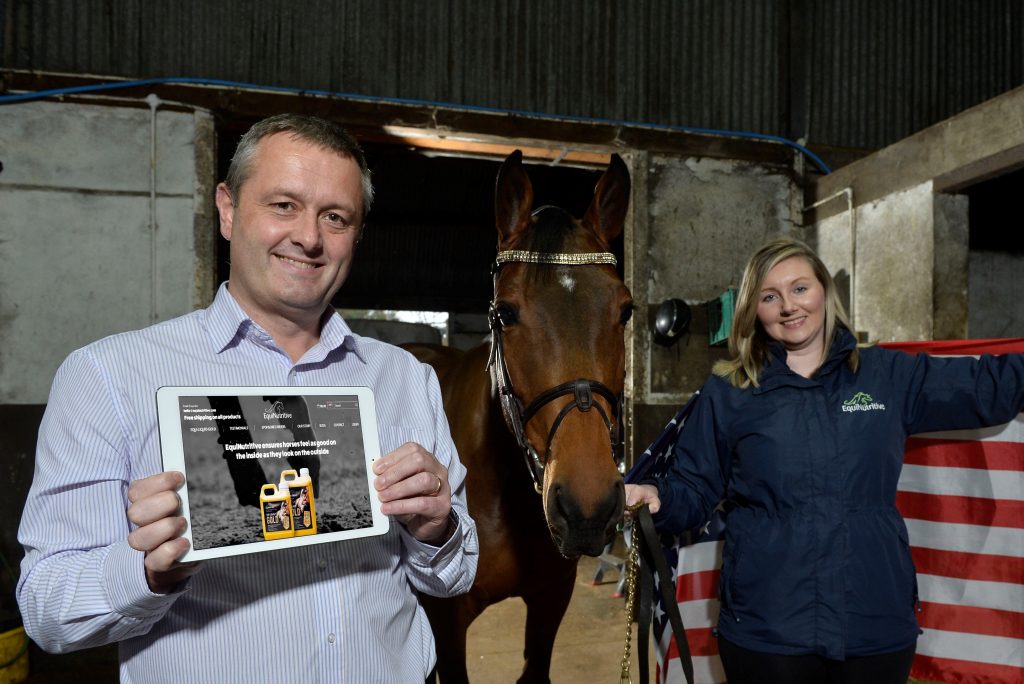 Lisburn-based EquiNutritive has reported a 200% increase in turnover thanks to the creation of a bespoke website which has since allowed the company to enter the United States market.

The company, which specialises in horse supplements, launched its Flint Studios-built UK based website in May 2016. It then identified the need to expand operations beyond Great Britain and Northern Ireland and appointed the award-winning agency to develop the US branch of its ecommerce website.

The company’s growth, which has been significantly boosted by the launch of the U.S. website, is helping to facilitate investment in new machinery that will expand its manufacturing process in Northern Ireland.

“At EquiNutritive, we are as passionate about horses as we are about our products. Over the last number of years, we have seen considerable growth in awareness of our business and product for horse lovers locally and further afield.

“As we exclusively sell to individuals online, our website is the most crucial element of our business. We had partnered with Flint Studios last year to create our new UK site which also delivered impressive results and were keen to have them on board for our entry to the U.S. market.

“Working with Flint Studios, we placed great emphasis on the user experience and the customer’s journey through the websites. Both sites, which feature clean yet eye-catching design and stylised video at strategic touch points, have seen session times double with a significant increase in the rate of visits converting to sales.

“By having a website specifically targeted at U.S. users, we have directly catered to their needs making the product easily accessible to them. For us, this is a hugely exciting period and we’re delighted to enjoy such a successful entrance to the American market, while at the same time being able to announce that our in house manufacturing process is expanding considerably.”

A move into the U.S. market was always an aspiration of Alexandra’s and the new website has ensured this became a reality. She continued:

“We required a bespoke website tailored specifically for a U.S. audience, but also one that was entirely consistent with the EquiNutritive brand. Having successfully worked with Flint Studios previously and being familiar with our brand, I knew the team would listen to our ideas and deliver a website that would support what we wanted to achieve.”

“Online is EquiNutritive’s only sales channel meaning the website had to not only serve as an ecommerce platform that was simple for the customer to use, but also to give a true flavour of the company, its products and its brand.

“Having previously used a UK Open Cart site, EquiNutritive found its website wasn’t operating as it should be. By swapping this to Magento and revisiting the design and user experience, the company is now seeing hugely positive results. More people are finding the website organically, they’re staying on the website for longer, and more product is being sold.

“We were really excited to work with Alexandra and the team on an online entrance to the U.S. market and are delighted that this is now accounting for almost 20% of total sales.

“However, that doesn’t mean the job is complete, and as with all clients, we will continue to work with EquiNutritive to ensure high online performance levels across both websites.”