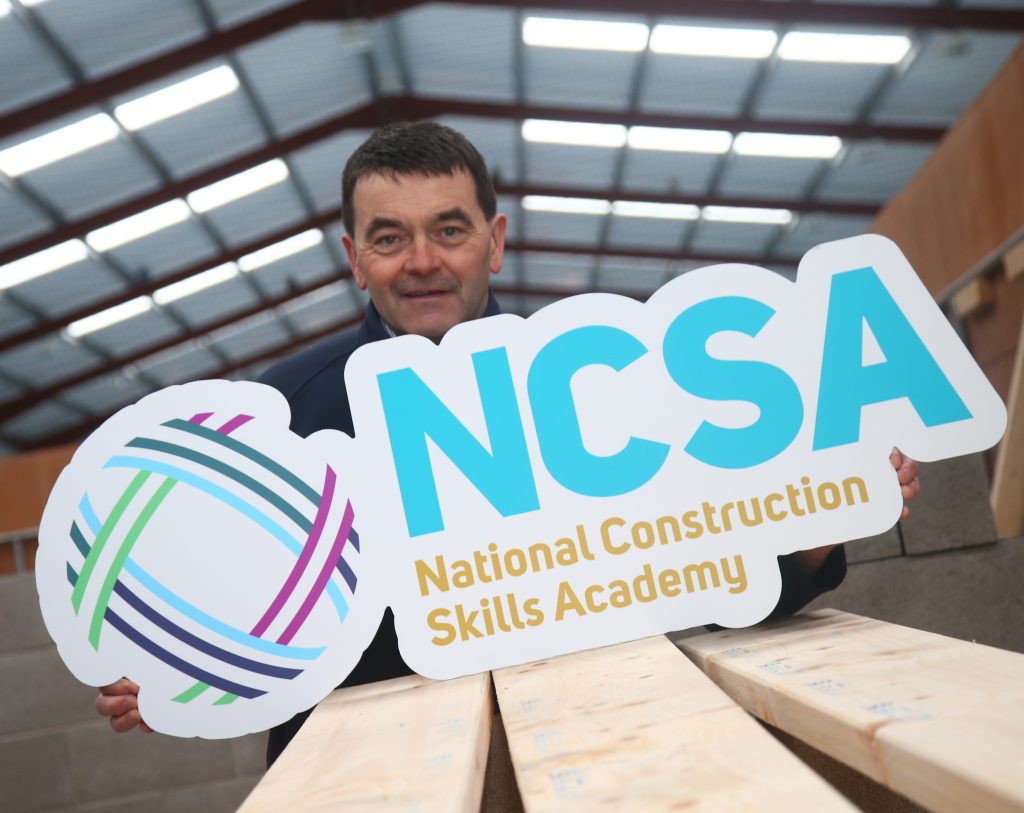 A new National Construction Skills Academy (NCSA) has been launched in Portadown to plug a major skills gap in the building sector.

The NCSA will be based at Industry Training Services (ITS) and will provide tuition across several trades including groundworks, joinery, bricklaying, plastering, tiling, structural steel erection and steel-fixing.

It has been established following a succession of industry reports highlighting a growing skills shortage across the sector in the years since the economic downturn.

There are currently around 30,000 people employed in the Northern Ireland construction sector, compared to almost 47,000 in 2007.

The shortfall in tradesmen comes as workloads are predicted to increase across Ireland and the UK over the coming years.

The Academy, based at Derryneskan Road, just off the M1, is a sister company to ITS, which provides health and safety training to firms in the construction, civil engineering and utilities sectors among others.

ITS Managing Director Brendan Crealey said the new venture followed huge demand from his client base of more than 3,500 firms, for additional training:

“ITS has been providing health and safety training solutions for the construction industry for more than 15 years, delivering around 50,000 qualifications.

“We work with many leading building firms and they have been telling us a lack of training provision is a major concern for the trade.

“The economy is emerging from the downturn and annual growth rates of 1.6 per cent in the construction sector are forecast over the next four years while several major infrastructure projects are planned in the UK such as HS2 and a £15bn plan to improve roads in England.

“With increasing workloads however, comes the need for additional labour and that is a gap we are aiming to fill.”

The Academy will initially provide courses in general groundworks – a new qualification for the industry – with further programmes to be added over the coming months.

“We developed our unique groundworks qualification last year due to high demand among our client base.

“For building firms, it means that as new contracts come online, they can get a group of workers trained to a high standard within a short time frame, ready to go onto site.

“It is also open to individuals to apply and provides a clear pathway into employment.

“The programme covers a wide variety of general skills required on site including foundations, drainage, kerbing and paving.”

The Federation of Master Builders in Northern Ireland welcomed the opening of the new academy.

Its director Gavin McGuire said a lack of skills was a major concern across several trades in the industry and more needed to be done to attract people into the building trade:

“I am delighted to welcome the opening of the new National Construction Skills Academy which shares our vision of growing the building trade and raising standards across the industry.

“Following the economic crash, people left the construction sector in their thousands to seek employment elsewhere.

“However, as conditions improve, job vacancies are increasing again so it is important that more young people see the building trade as an attractive option.

“The shortage is affecting several trades but is particular evident in groundworkers, bricklayers and joiners.

“For example, the number of bricklayers has halved in the past decade and we estimate there is around a 10 per cent shortfall presently in what is required to meet workloads.”

“I, along with many other contractors in the building trade have been calling for a qualification designed specifically for ground workers as it is one of the most skilled trades in the industry.

“I welcome the fact the National Construction Skills Academy is including this training in its new programme.

“ITS already undertakes all training for my staff. This has made a significant contribution to the quality of the workforce as the tuition received has been second to none in the industry.”

The NCSA is aimed at employers across Ireland and the UK. For more information or to register interest, contact 028 3839 8700 or visit www.industrytrainingservices.com.