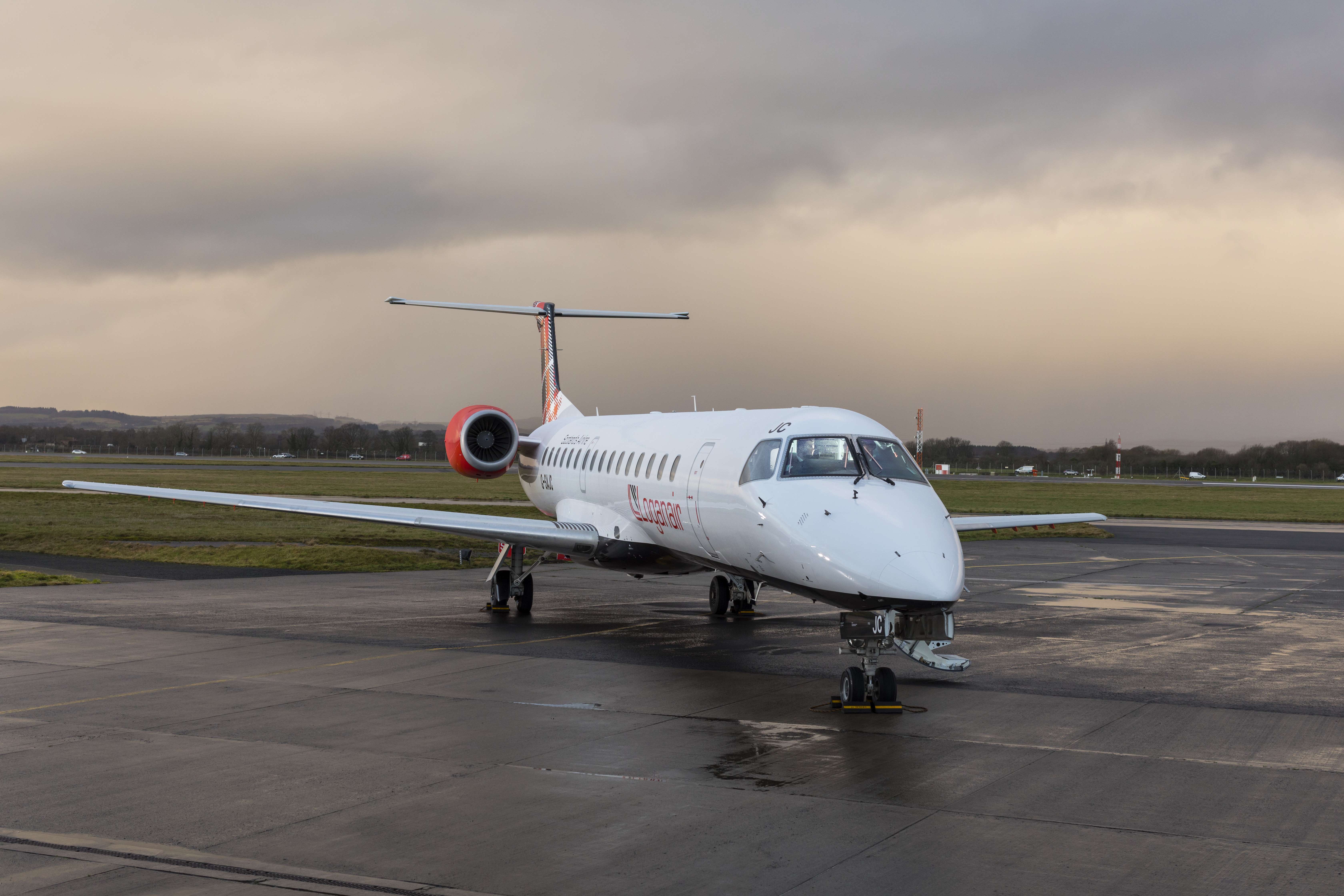 Loganair has announced the addition of Glasgow to its portfolio of Scottish destinations from George Best Belfast City Airport.

The service – a double daily Monday to Friday and on Sundays with a single flight on Saturdays – starts on September 4, using a 49-seat Embraer 145 regional jet.

Flights from Belfast City to Aberdeen and Inverness, routes already commenced by Loganair before the COVID-19 lockdown, will resume from July 6.

The launch of Dundee to Belfast City services – an important link for many in the university and medical sectors – will be in line with the start of the new higher educational term on September 7.

Loganair will become one of the largest airlines at Belfast City, from where it flew the very first passenger flight on February 7 1983 on the day of the airport’s official opening.

Loganair’s Chief Executive Jonathan Hinkles said: “Our expansion at Belfast City Airport is part of a comprehensive plan to re-connect the UK regions as the recovery from the COVID-19 pandemic begins through all walks of life. It has been our privilege to continue serving essential routes, and we now very much look forward to re-linking Belfast City with Scotland.   Loganair flew the first ever passenger flight from Belfast City and we’re delighted to be strengthening these long-standing ties with today’s exciting announcement.”

Loganair, now the UK’s biggest regional airline, has continued to fly more services than any other UK passenger airline during the crisis. In addition to keeping lifeline routes to the Highlands and Islands open during the pandemic, the airline has also maintained services for essential workers throughout.

All flights, including the new Belfast City-Glasgow, service, will be operated under the “Safe Steps to Healthy Flying” protocols which Loganair announced in mid-May – the first UK airline to set out detailed plans on how customer safety will be attained and maintained whilst COVID-19 is present.  Loganair’s initiatives mirror those later announced by the European Aviation Safety Agency (EASA).

“Connectivity between Northern Ireland and Scotland is of great importance, and the launch of Loganair’s comprehensive Scottish route network from Belfast City will be welcome news to many frequent flyers.

“Glasgow, Aberdeen and Inverness were popular routes within the Flybe network and we have no doubt there will be significant demand from both business and leisure passengers. We are also delighted to see the return of Dundee to our network.”

Belfast City Airport continues to follow all relevant directives for airports in relation to Covid-19. Measures are in place throughout the terminal to enable social distancing for passengers and staff with signage visible throughout the airport. The airport has also deployed additional staff dedicated to terminal cleansing.

Glasgow Airport Managing Director Mark Johnston, said: “The Glasgow to Belfast City service has always been a popular and convenient route for business travellers given the airport’s close proximity to the Northern Irish capital, so it’s great to see Loganair introduce what will be a twice-daily service from September.

“We are continuing to work with all of our airline partners to support their plans to resume operations to help get the country moving again and to kickstart the economy. The introduction of a number of enhanced health measures at the airport has been central to these plans to both protect our staff and passengers and to ensure we help each other to travel safely.”

Loganair has partnerships with several major airlines including Emirates, Qatar Airways, Turkish Airlines, United Airlines and Norwegian carrier Wideroe, enabling cusyomers from Belfast City to use Loganair flights to Scotland’s hubs to meet onward connecting flights worldwide. These partnerships will re-connect Belfast City to many of these airlines’ networks for the first time since the closure of Flybe in March.

Loganair’s advice to customers regarding travel safety during the current Covid-19 crisis is available on its website, and customers are urged to check for regular updates.

Flights can be booked at loganair.co.uk