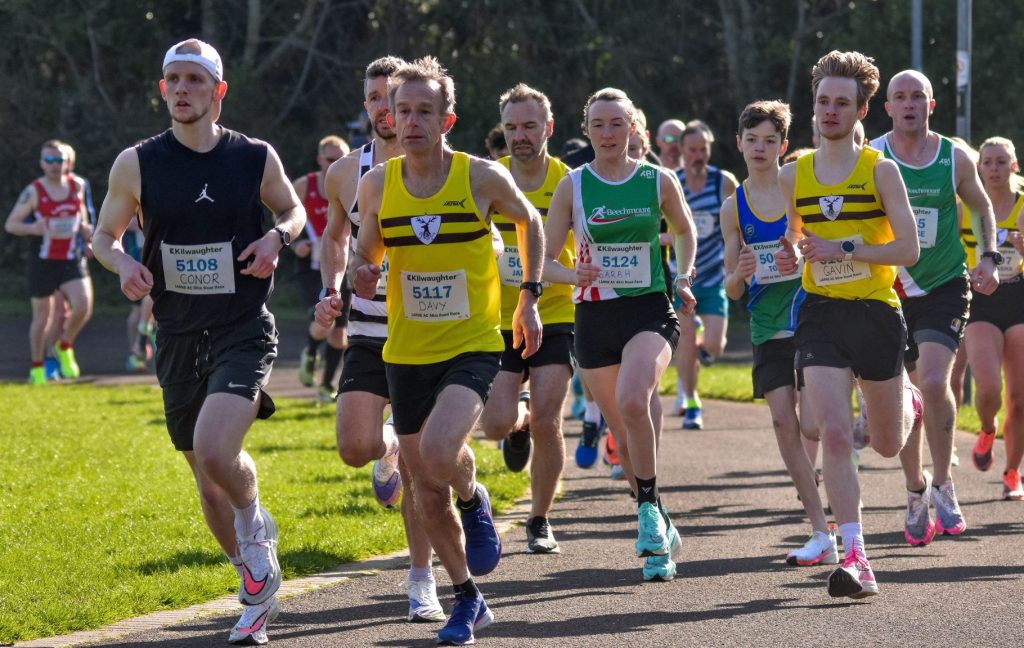 Sarah-Jane from Victoria Park and Connswater Athletics Club lead the pack in the women’s race, crossing the line in just under one hour with a time of 00:59:22.

Karen Alexander of Christian Runners UK was second to finish with a time of 1:03:42, followed very closely by Ballymena Runners’ Sharon Leetch at 1:03:46.

The event, the first of a multi road-race partnership between Kilwaughter Minerals and Larne Athletic Club, saw over 700 runners of all ages and abilities register to take part, with crowds lining the race route to enjoy the spectacle and support athletes along the way.

“The atmosphere in Larne on race day was incredible, with runners from across the country and beyond coming out to compete against each other along one of Northern Ireland’s most scenic routes.

“We encouraged all abilities to take part and the range of people who came out for the inaugural 10-mile race was fantastic to see.

“We had glorious sunshine but windy conditions which made it both a beautiful but challenging race so each participant should be unbelievably proud of themselves.

“We are extremely grateful to Kilwaughter Minerals for its support in making this race happen and we’re sure that by working together, our future events will be even more of a hit with running enthusiasts nationwide.”

“Kilwaughter Minerals has a longstanding reputation for supporting our community, and sponsoring and partnering with local sports clubs is just one of the ways in which we do this.

“It has been an absolute pleasure to team up with Larne Athletic Club for this inaugural event and to also be there on the day to witness its success.

“We would like to extend congratulations to everyone involved for organising a fantastic event for runners and spectators alike, and to those phenomenal athletes who took part.”

The official race results of all competitors who participated in the 2022 Kilwaughter Minerals Larne 10 Mile and 5K races, can be found at: www.championchipireland.com