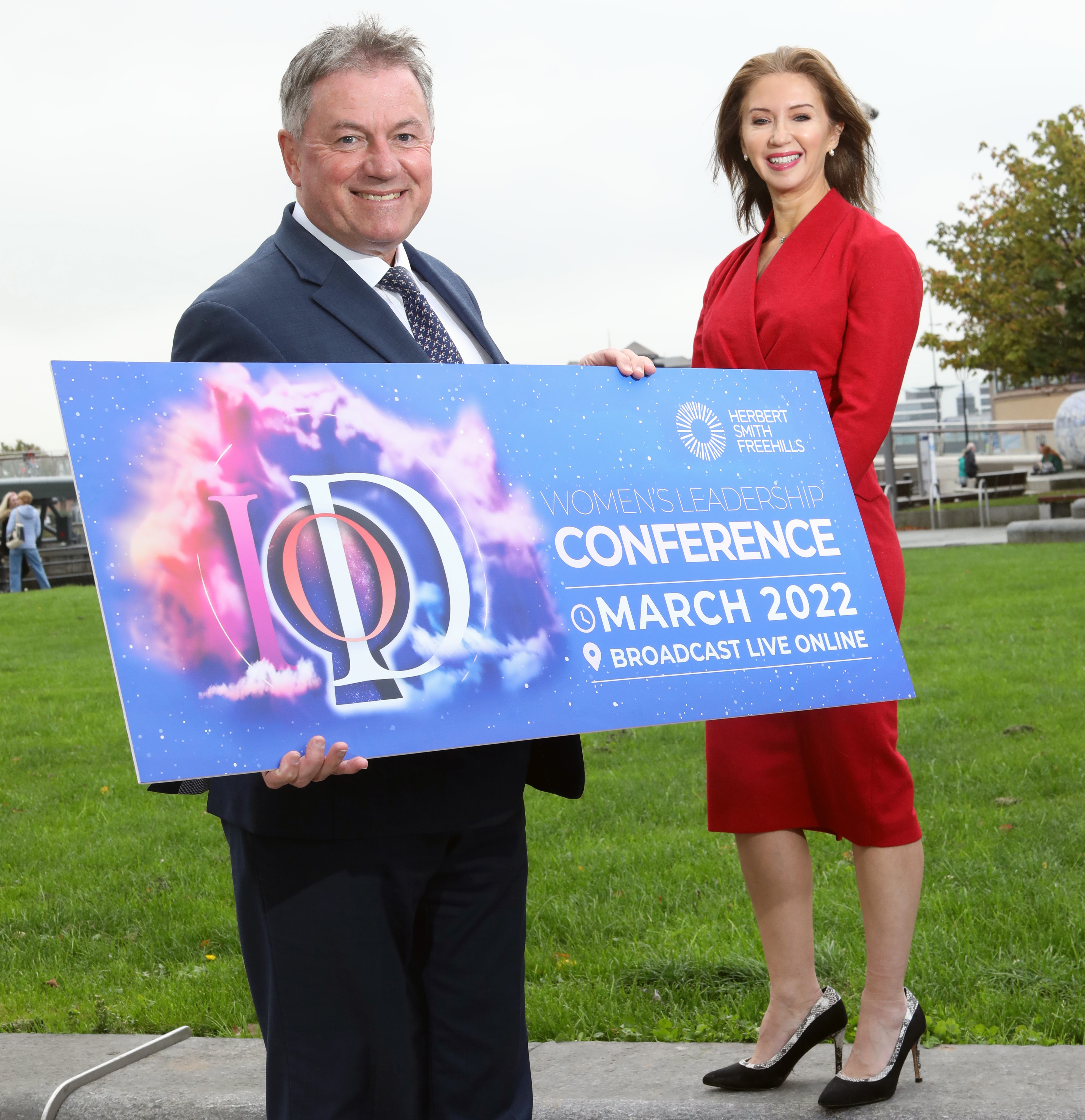 The former captain of the Afghanistan women’s soccer team and the first openly bisexual CEO of Lloyds of London are among the impressive line-up of guest speakers announced for the IoD Women’s Leadership Conference 2022.

Following the success of last year’s virtual conference, the leading business organisation will once again unite a community of inspiring and innovative leaders for two online events, sponsored by Herbert Smith Freehills, on 9th and 11th March.

Hundreds of delegates are expected to join the conference, now in its 15th year, which is open to women and men – as well as IoD non-members.

The event’s theme will take inspiration from the Eleanor Roosevelt quote “The future belongs to those who believe in the beauty of their dreams”.

“Since it was launched in 2008, the Women’s Leadership Conference has become one of the IoD’s most significant annual business events.

“A number of highly influential guest speakers have been confirmed our 2022 conference, and we look forward to hearing from them about how belief in their own dreams helped them to achieve a better future.

“Northern Ireland is home to many successful female business leaders who are making a significant impact on both the local and global stage and we hope to welcome many of these influential leaders to our 2022 Women’s Leadership Conference for what is sure to be a memorable, thought provoking and insightful event.”

“Herbert Smith Freehills is very pleased to once again lend our support to the IoD NI Women’s Leadership Conference.

“As we begin to look towards a post-pandemic future it is appropriate that the theme of this year’s conference is “The future belongs to those who believe in the beauty of their dreams.”

“Eleanor Roosevelt was an inspiring figure who made a significant contribution towards improving the status of women globally, and we are pleased to be part of this event which will highlight the contributions of so many inspiring women to this cause.

“Many of the women included in the line-up of speakers for 2022 are considered changemakers and innovators within their respective areas and will undoubtedly inspire us all with stories of their own dreams and successes.”

Dame Inga Beale became CEO of Lloyds of London in 2014 and was the first woman to hold the position in the company’s 326-year history. She identifies as bisexual, and in 2015 she became the first woman and the first bisexual person to be named number one in the OUTstanding & FT Leading LGBT executive power list.

Khalida Popal established the Afghanistan women’s league and is a former captain of the national women’s team. Forced out of Afghanistan by death threats, she sought refuge in Denmark before receiving residency status.

Khalida continues to work to promote women in sport and is currently part of the effort to protect female soccer players from the Taliban by helping them out of Afghanistan.

For further details about the conference and to book a place, visit www.iod.com/ni.