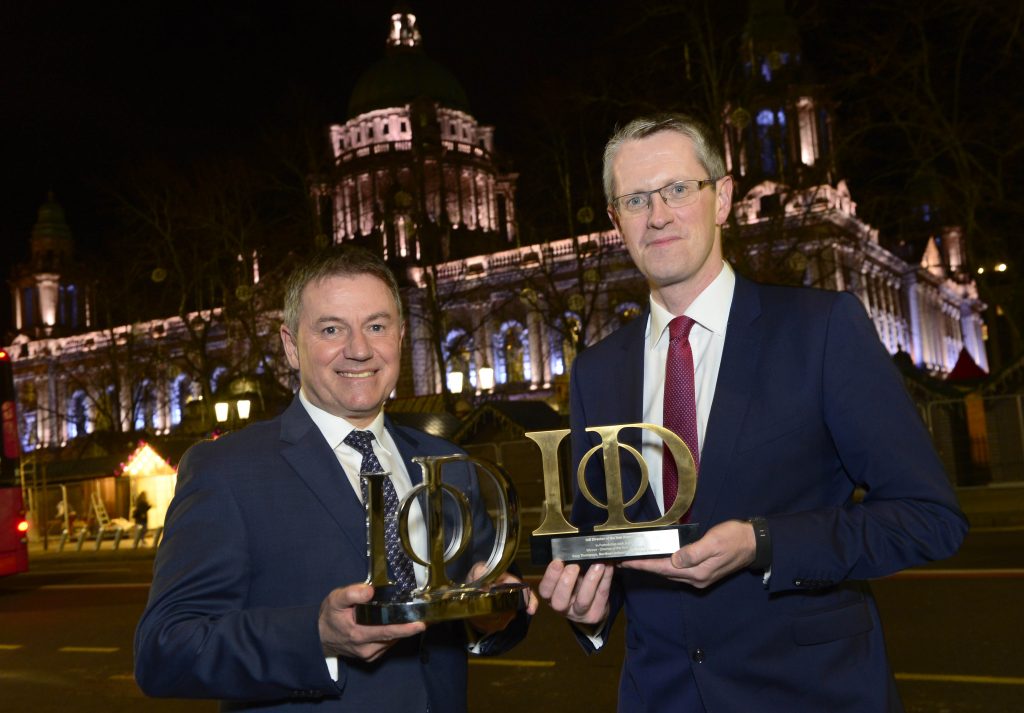 The Institute of Directors (IoD) has revealed the finalists for the Northern Ireland Director of the Year Awards, with a shortlist that features business leaders from across all sectors in the region.

Winners of the prestigious awards, sponsored by First Trust Bank, will be announced at a gala ceremony in The Merchant Hotel, Belfast next month.

“Once again, the Northern Ireland Director of the Year Awards has produced a stellar shortlist that includes some of our most dynamic and successful business leaders from across the private, public and third sectors.

“As an organisation, we want to support and encourage directors to continually improve standards and constantly raising the bar of their success. The calibre of this year’s finalists demonstrates that is exactly what they are doing.

“It is no surprise therefore that we see so many local organisations continuing to thrive under their guidance, despite operating against a backdrop of wider economic and political uncertainty.

“Huge congratulations go to all those who have made the shortlist and best wishes to everyone for the final.”

This year’s shortlisted directors are:

“Strong leadership is an essential attribute for business success so it’s important we promote the leaders making a difference in Northern Ireland.

“This year’s shortlist demonstrates a clear commitment to innovative, open and honest leadership and are acutely contributing to the success of their organisations and the Northern Ireland economy as a whole – no mean feat given the current political and economic climate.

“We commend all those who entered this year’s awards and together with the IoD, we look forward to celebrating the exceptional leaders making an impact on Northern Ireland’s business community.”

The awards ceremony will take place on 17th May when the recipient of the Chairman’s Award for Excellence in Director and Board Practice will also be revealed.

The highest accolade in the Director of the Year Awards, it recognises the personal imprint of leaders on the culture and success of their organisation.

For further information, or to book spaces at the Northern Ireland Director of the Year Awards ceremony, contact 028 9068 3224.