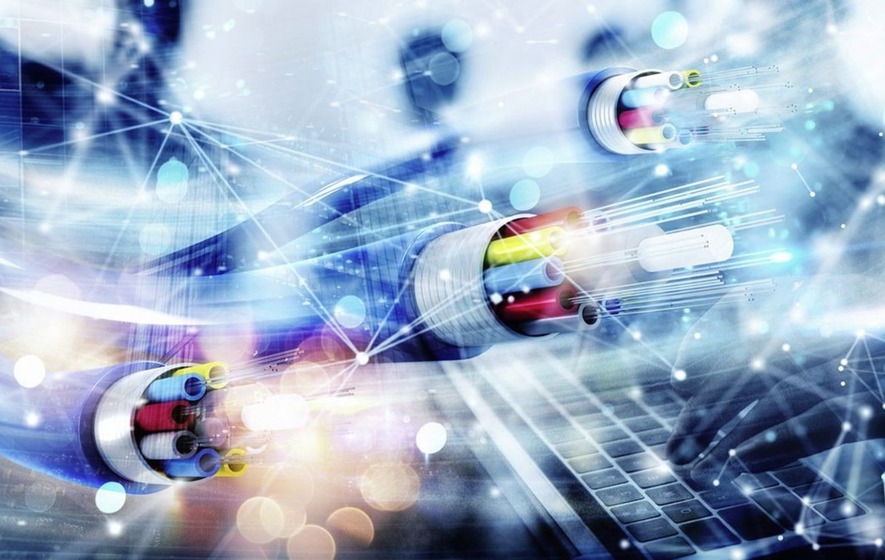 The rollout of fibre broadband across Northern Ireland is having a major positive impact on communities and businesses, especially those in rural settings.

It goes without saying that we now all view a broadband connection as essential, be that at home or at our place of work.

However, the quality of that broadband differs vastly depending on a variety of circumstances. With many areas still reliant on the traditional copper telephone network, they’ll find that internet speeds can struggle.

Not only is that frustrating for users, but it impacts equality, social cohesion, and with affected businesses left in the slow lane, there are major economic issues too, placing them at a disadvantage against competitors.

Things are changing, however,

Fibrus, which is delivering Fibre to the Premises (FTTP) infrastructure to rural areas, last week announced it had brought gigabyte capable fibre to more than 58,000 premises, and expects to reach 100,000 by the end of this year.

Back in March, residents in Coalisland, Co Tyrone became the first to connect to full fibre broadband under the Project Stratum scheme. Others to benefit include the Ringhaddy Road area of Co Down, once infamous for having the lowest download speeds in the whole of Northern Ireland at less than 1MB.

Meanwhile, Openreach continues its programme to bring full fibre to more than 400,000 premises.

Such is the scale of the rollout; Northern Ireland is on course to be the first region in either Ireland or the UK to achieve close to 100 per cent coverage of full fibre broadband.

To put that into context, according to the most recent statistics revealed by independent analysts thinkbroadband, full fibre was available to just over 25 per cent of UK premises at last month. Northern Ireland is already considerably better served than Britain with more than 70 per cent of premises covered.

The benefits of fibre broadband and the higher speed it brings are obvious, from enabling crisp streaming of your favourite TV series binge to ensuring online gaming continues without lag.

With FTTP, where the fibre comes directly into your house or business premises, rather than to your local cabinet, speed is maximised while bandwidth is significantly greater.

For businesses, it results in faster and more reliable internet meaning employees can work remotely without the familiar hitches of underperforming video calls or stop start connections to the office network.

Added to this the social benefits, improving access to healthcare and education services for example, and it is clear that full fibre is placing not just businesses, but entire communities in the fast lane towards a more prosperous future.