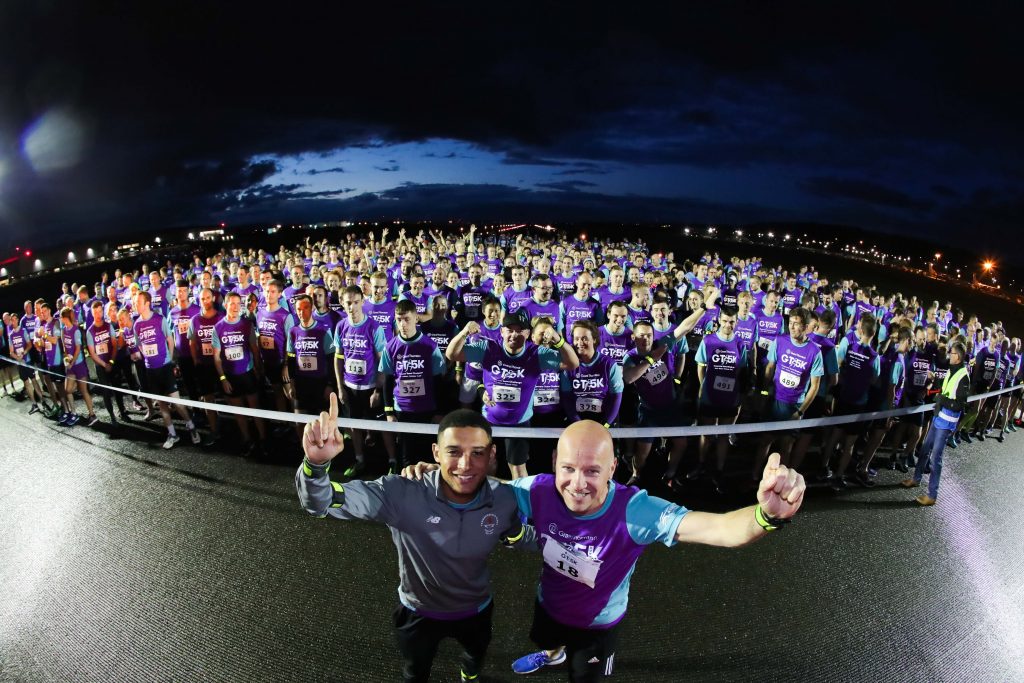 Runners from AECOM were awarded first place as the fastest mixed team while Invest Northern Ireland claimed the men’s prize and Danske Bank came first in the women’s category.

“Each year, the level of anticipation around the Grant Thornton Runway Run grows and 2019 has been no different.

“Over the five years of the event, around 2,700 runners have taken part covering a total of 13,500km between them.

“Many of the businesses represented at this year’s race, from the legal sector, banking, construction, manufacturing, and others, have participated before – some of them every year since the Runway Run’s inception.

“This highlights the tremendous attraction the race, now firmly established in the calendars of leading firms from across Northern Ireland, has become, as a great way for staff to engage with each other and network with others from outside their organisation.

“Congratulations go to our winners from AECOM, Invest Northern Ireland, and Danske Bank.”

A water cannon salute, courtesy of the Belfast City Airport Fire Service got the race off to a stylish start while Cool FM presenter Pete Snodden provided a suitable soundtrack during the warmup and warmdown.

The Simon Community was selected as charity partner for the event, which forms part of the GT5K Corporate Challenge Series.

“We’re delighted to have been chosen, once again, as charity partner for the Grant Thornton Runway Run. This popular event is a great way to highlight Northern Ireland’s homelessness crisis while raising vital funds for the development of our homelessness services.

“With a vision of a society where everyone has a home, the generosity and passion we receive from Grant Thornton employees and the wider corporate community goes a long way to helping us meet the needs of over 3,000 people each year.”

For full results from the race, which was organised in partnership with Athletics Ireland and Athletics Northern Ireland, visit www.grantthorntonni.com.