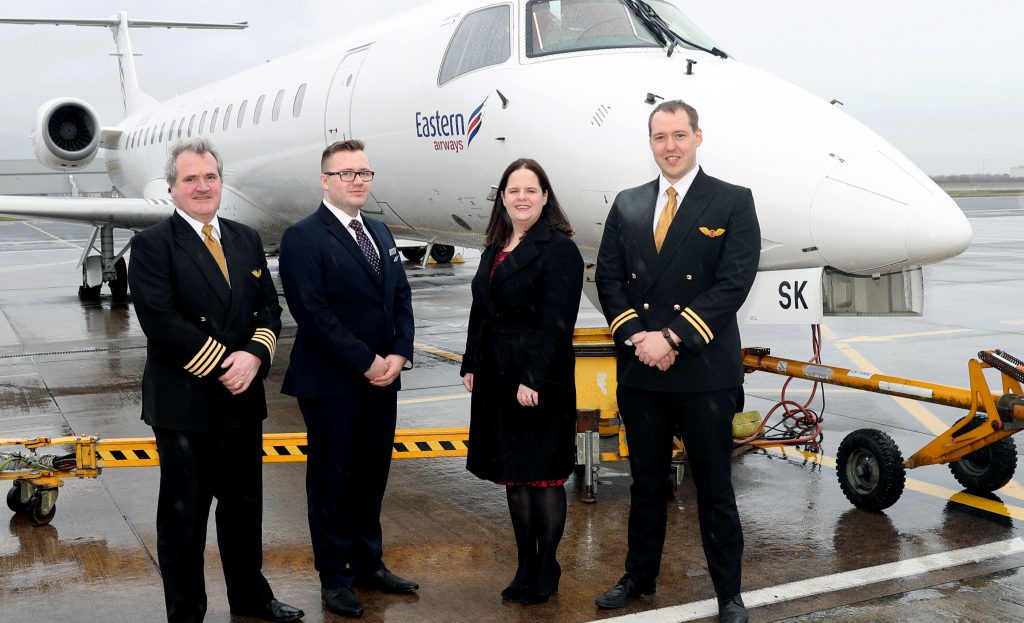 Eastern Airways has returned to George Best Belfast City Airport with the launch of a new six-times weekly service to Teesside International Airport.

As a result of Flybe entering administration last week, Eastern Airways, former franchise partner of Flybe, is once again selling its flights independently.

“We are pleased to welcome Eastern Airways back to Belfast City and its new six-times weekly route to Teesside International Airport.

“This service will prove popular with both business and leisure passengers, enhancing air connectivity between Northern Ireland and the north-east of England with Darlington, Middlesbrough, Durham, Hartlepool, Sunderland and Stockton-on-tees all within a convenient driving distance of the airport.”

“We are pleased to announce that our flights are now on sale as we’ve moved quickly to introduce a new booking system for Eastern Airways flights since becoming independent again.

“Delivering regional connectivity is vital for economic prosperity and regional development which supports our ability to provide a quality, cost effective and speedy service to meet the needs of both business and leisure travellers.”

Fares from Belfast City Airport to Teesside start from £69.00 one way, including taxes and charges. Complimentary on-board refreshments are offered in addition to a minimum of 15kg of hold baggage.