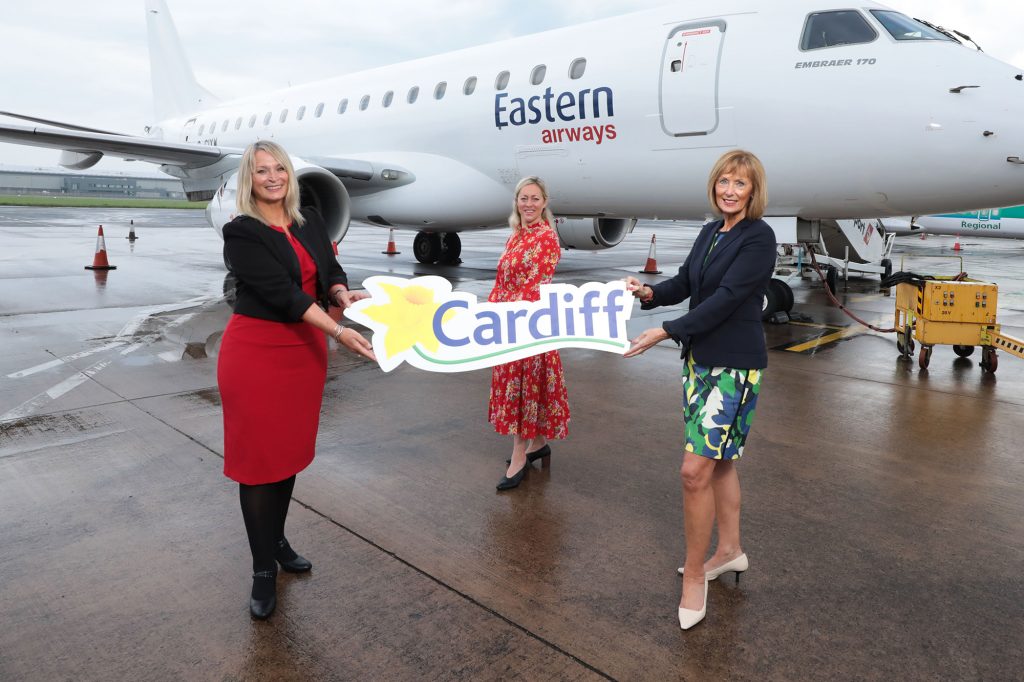 Eastern Airways will commence up to six flights a week from George Best Belfast City Airport to Welsh capital Cardiff from 11th January 2021, while also having recently increased frequency on routes to Southampton and Teesside International Airport.

The service, the only direct air link to Wales on the entire island of Ireland, not only increases the number of destinations served by Belfast City Airport to 16, but also completes the route network left vacant by the collapse of Flybe.

“Today’s announcement that Belfast City Airport will once again operate flights to Cardiff is not only a positive development for the Airport itself, but also extremely welcome news for passengers who regularly travel to Wales.”

The popular route to Cardiff was previously operated by Flybe before the airline entered into administration in March 2020, and there has been huge demand since for it to be reinstated.

“Despite the challenging aviation environment of recent months, we continued exploring options to secure connectivity with the Welsh capital, and we’re very happy that our partner Eastern Airways has committed to this service.”

The Belfast City to Cardiff service, operated initially by Jetstream 41 aircraft seating 29 passengers, will operate on all weekdays and Sundays, with fares starting from just £79.99 each way.

Eastern Airways has also increased frequency on its services from Belfast City Airport to Teesside International Airport, now flying up to twice daily, and to Southampton Airport, which will now have extra capacity on Sundays following strong demand throughout September for a double-daily service.

“Ensuring the right services and frequencies are offered as passenger confidence returns is essential.

“As the UK’s regional airline serving all four home nations, the introduction of a Cardiff service combined with the increase in frequency on both our Belfast City to Southampton and Teesside International routes means connectivity between Northern Ireland and both England and Wales is already in place as the appetite for travel increases. We are all about regional connections of people and places and are carefully adding long-term sustainable offers to our network that, in this adding a further Belfast-City service to one of our established bases in Cardiff.”

Belfast City Airport continues to follow all relevant directives for airports in relation to Covid-19. Measures have been taken to enable passengers to socially distance in the terminal and hand sanitising units are available throughout the passenger journey.

Full guidance and advice for passengers at Belfast City Airport can be viewed here.

In addition to measures within the airport, Eastern Airways has also introduced enhanced cleaning procedures to ensure passengers feel safe and confident throughout their journey.