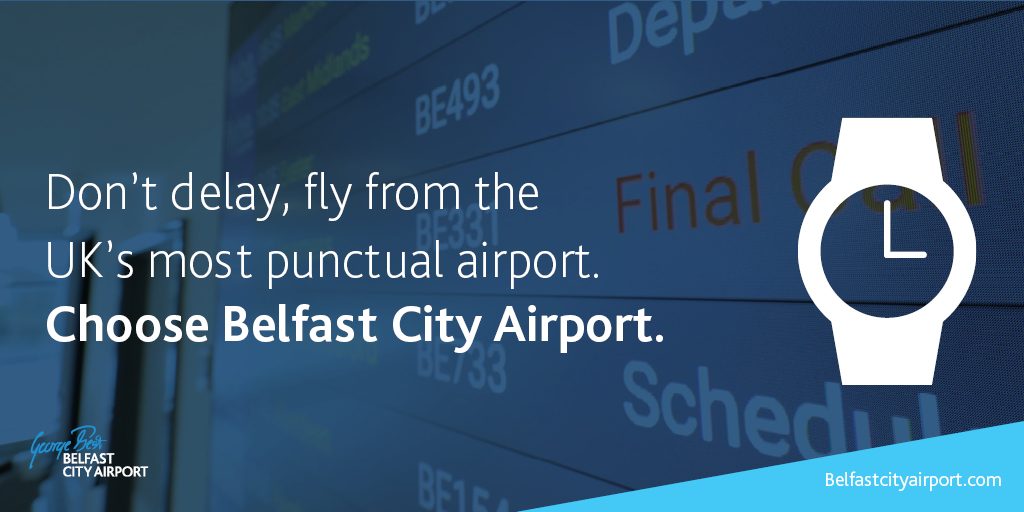 Analysis of Civil Aviation Authority (CAA) data has revealed George Best Belfast City Airport as the most punctual airport in the UK.

The study found flights from UK airports were delayed by an average of 16 minutes last year with average delays at Belfast City Airport just eight minutes.

“Being ranked the number one UK airport for punctuality performance is great news for the 2.6 million passengers who use Belfast City Airport each year.

“We listen to our customers and work closely will all our partners to ensure a smooth, enjoyable journey through the terminal.

“Last year we announced a £15m investment in our facilities to enhance the passenger experience. The refurbishment of the Departure Lounge and Security areas has resulted in additional seating, an improved retail and food and beverage offering, and an average security processing time of just six minutes.”

The airport, from which Aer Lingus, British Airways, Flybe and KLM operate, was also named The Most Convenient Airport in the UK and Ireland in a study by The Telegraph.

The CAA report reviewed departure data for both scheduled and chartered flights at all 24 major UK airports.