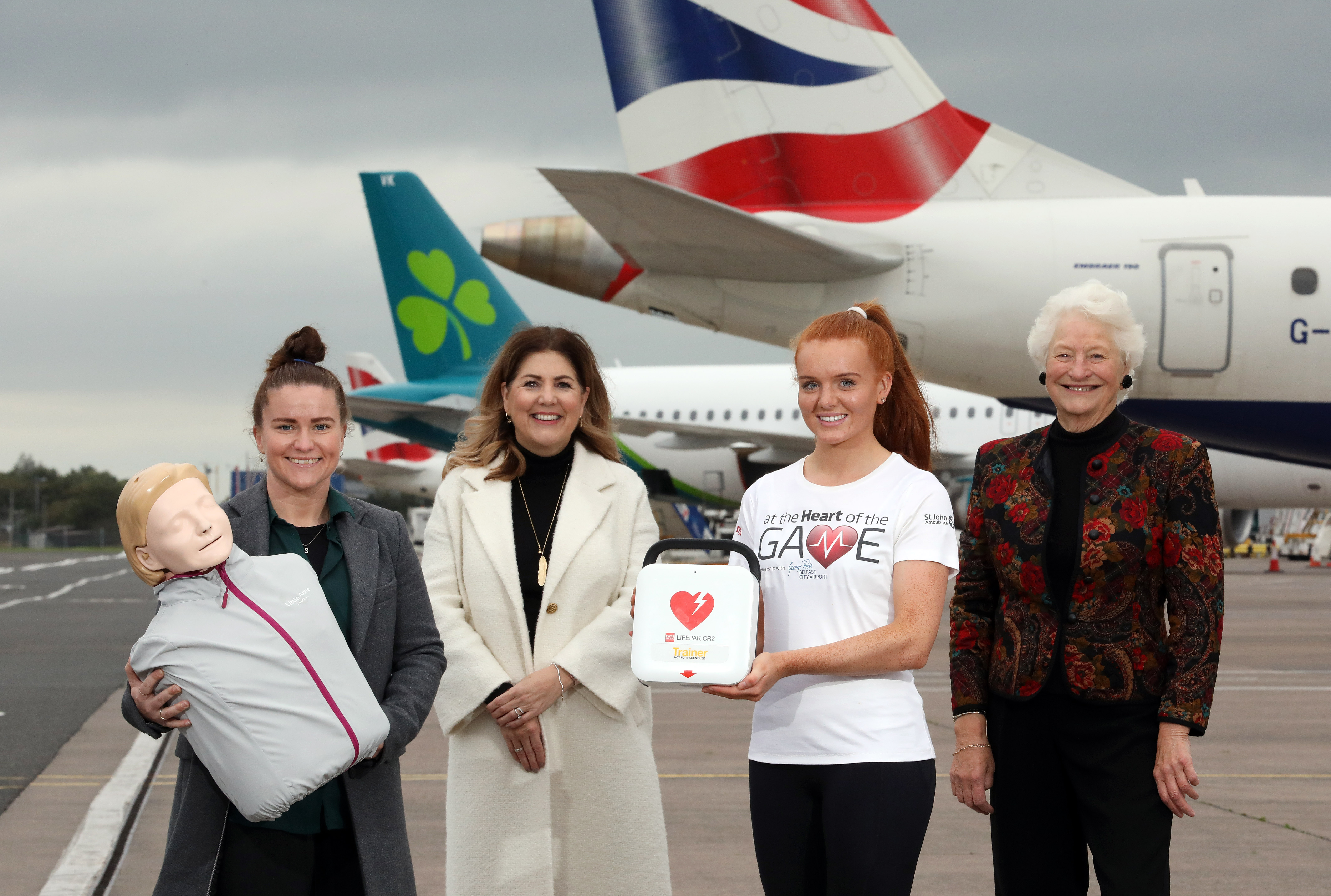 At the Heart of the Game, a project launched by Methodist College student, Pegasus hockey player, and Ulster Hockey youth forum member, Anna Pim, aims to train up to 200 young people from 20 different hockey clubs throughout the province on how to accurately perform cardiopulmonary resuscitation (CPR) and have the confidence to use a defibrillator in a medical emergency.

Speaking of her ambitions, Anna explained:

“In Northern Ireland there are over 1,400 cardiac arrests reported outside of hospital settings each year with fewer than ten percent of victims surviving.

“There is also a misconception that cardiac arrest only affects the older generation when in fact, we have already witnessed instances in our region of cardiac arrest amongst young people in sports.”

“Immediate CPR and a defibrillator usage can massively increase the chances of survival following cardiac arrest, and survival rates are significantly higher in places where more people are trained to perform CPR and have the confidence to take action.

“Unfortunately, the number of trained individuals here is incredibly small, especially in the younger generation.

“That is really what I’m trying to achieve with At the Heart of the Game – teaching vital, lifesaving techniques to young people that could one day really make a difference in local communities, and I could not be more excited to have backing from Belfast City Airport.”

On completion of the training, a Lifepak CR2 AED trainer, crucially funded by Belfast City Airport’s Community Fund, will be presented to the St John’s Ambulance Cadet Division responsible for that club area.

This vital provision will then enable St John’s Ambulance to educate the masses at those clubs, and indeed in their surrounding communities, generating a ripple effect of knowledge and understanding in the area of CPR and defibrillator usage.

Michelle Hatfield, Director of Corporate Services, spoke of her delight at the airport’s involvement with the campaign:

“Educating the next generation and teaching skills that enable young people to unlock their full potential is something we are extremely passionate about as a responsible business, but what better than to also teach our youth something that could one day save a life of a teammate, family member or friend?”

“We are thrilled to throw our support behind the At the Heart of the Game campaign and are proud that 20 clubs, both in the vicinity of Belfast City Airport and further afield, will benefit from the training delivered and the provision of an airport-funded AED trainer.”

Backed by both Ulster Hockey and St John’s Ambulance, At the Heart of the Game is also championed by gold medal winning pentathlete, Lady Mary Peters, and Ireland’s most capped international, Dr. Shirley McCay.

Coming onboard as an ambassador to At the Heart of the Game, Lady Mary Peters said:

“It is truly wonderful to see how sport can be harnessed as a tool through which to educate young people on important issues such as CPR and defibrillator use.

“At the Heart of the Game is really going to make a positive impact on these hockey clubs, and indeed their surrounding areas, and I am delighted to be supporting the campaign.”

“The training provided by At the Heart of the Game and the AED trainers generously funded by Belfast City Airport are absolutely invaluable, and the young hockey community of Northern Ireland is going to benefit massively from this campaign.”

At the Heart of the Game will play out over the next nine months, with a hope that its delivery of CPR and AED Awareness training province-wide will lead to future donations from clubs and supporters that could fund further purchases of AED trainers, or indeed defibrillators for the clubs themselves.