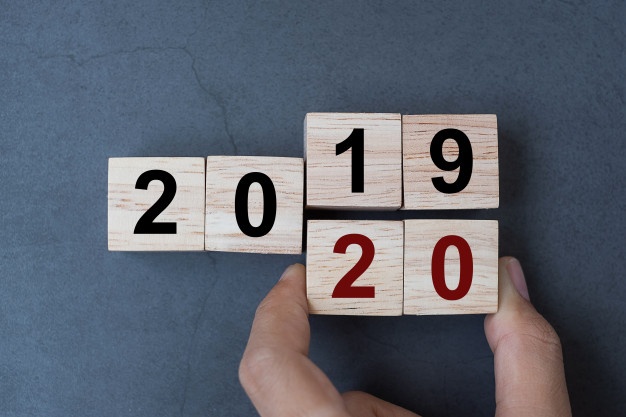 The New Year is a time for reflection but also a time to look forward. As another year ends, we can learn lessons from the past to help us prepare for the future.

As we look back at 2019, it was hard to read a newspaper article without the word uncertainty (or Brexit) being used – the economists even had an uncertainty index! Three years after the referendum in June 2016, Brexit still dominated the headlines and 2019 experienced a number of missed deadlines, a new Prime Minister, and a general election in December.

It was a year of both political and economic uncertainty, globally and locally. Trade wars between the United States and China led to more global uncertainty. In the UK, interest rates remained at historically low levels, however, business confidence was fragile. The low unemployment figures may have masked the quality of the jobs created.

At a local level, the wider economic and political environment had an economic impact and there were a number of high-profile insolvency appointments. However, the insolvency regime in Northern Ireland (and the rest of the UK) is recognised as one of the most robust regimes around the globe.

It is a fundamental role of the Insolvency Practitioner to rescue companies and save jobs, and only when this is not possible are alternative options explored. Although some sectors in Northern Ireland experienced growth, the economy remained fairly flat in 2019, with growth at around 1%.

As we look forward to 2020, the economic outlook in Northern Ireland and the UK remains cautious, with economic growth again forecast at circa 1%

It would appear that the recent Conservative victory in the general election may create some political certainty in Westminster. It would also seem that Brexit appears to be “getting done”, with the withdrawal bill being passed prior to Christmas and with 31 January 2020 being the date for exiting.

However, the implications for Northern Ireland are still unknown. At the time of writing the local political stalemate remains, but there is hope that the Stormont Assembly will be restored early in the New Year.

It is hoped, therefore, that political certainty creates an economic environment in which local businesses have stability and the confidence to grow. However, although the withdrawal deal has been approved, the trade negotiations are only starting.

This will again create economic uncertainty for a number of companies in Northern Ireland. There appear to be mixed messages regarding customs checks at the ports and a border in the Irish Sea. Only time will tell how this works in practice.

Therefore, what can we learn from 2019 that will help us in 2020? The economic climate may cause financial distress for some companies, however, we should all take comfort that if professional advice is required, there are options available and the administration process can deliver successful outcomes.

For further information or advice, Gareth Latimer can be contacted at gareth.latimer@ie.gt.com